My daily repeating tasks without times have now synced into Google Calendar as all day events. How do I fix this because it is interfering with my Calendly appointments by showing that I never have any availability in my calendar? Do I need to remove from Week Plan and if I put back in again will it do the same?

We are sorry to hear about your concern .  May we request for a screenshot of the tasks you are referring to please?

We'd be more than happy to  check into this for you.

0
narelle via email 2 years ago
Thank you for your response.
I have removed most but managed to replicated here with DOX - which you will note I have only done as recurring from.....22FEB18
Some of the others that remain here - I have removed from Google Calendar manually as shown at the very end here.

.
and you can see that from 22FEB18 this task has become an event on my Google Calendar but as such is is now an all day event...not a Task.  And this only happened this weekend after I unlinked Google - when I got an emails to say it wasn't syncing. And then I resynced.

Which has recreated an ALL Day BUSY.... 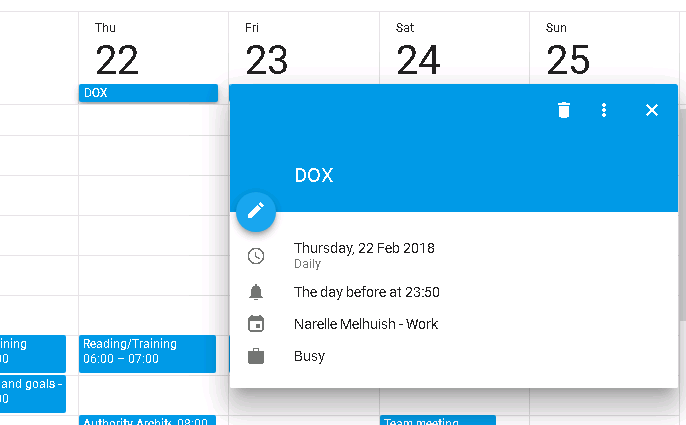 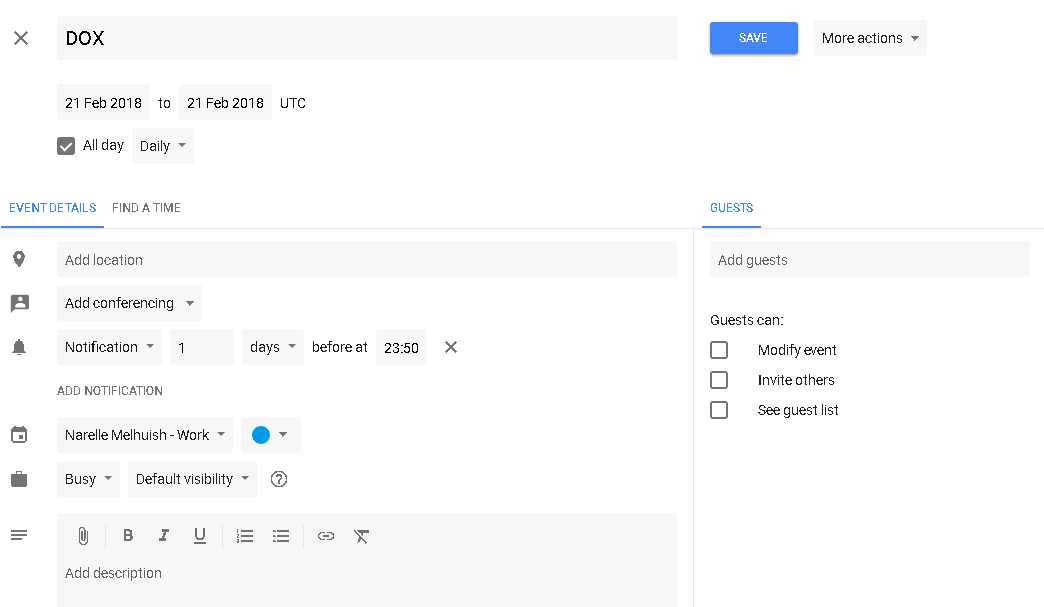 To remove it have to REMOVE FROM WEEKPLAN - Remove this task and repetition.
I tried to just remove the repetition but that didn't work. - Actually I just tried that and it does work now in WeekPlan - however, I still have to go back to Google Calendar to remove

So I need to go in and delete from Google Calendar 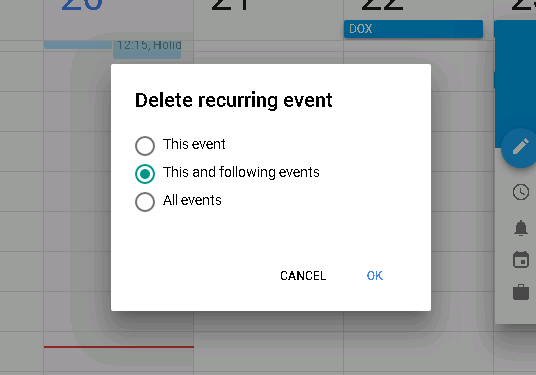 Want to keep up to date with the latest hot holiday deals, new destinations and innovations, subscribe here to my weekly Holiday Happenings.

Thank you for sending that through.  We are looking into this and we will get  back to you as soon as we have more information.

0
narelle via email 2 years ago
Hi there,
I have had to cull most of my tasks in WeekPlan - to stop it going to Google as an event......which really defeats the purpose of the system.......
Today I have logged in and also checked my Google Calendar and everything (be it considerably reduced task) have gone straight into by Google Calendar which means that I will not be available for appointments my Calendly.
I need timed ones on my google and Weekplan but not untimed task - which are coming in as all day events. 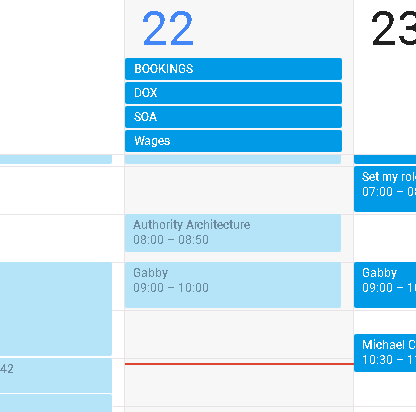 As far as moving dates, that is working a treat because wages was supposed to be on 21FEB, so I moved in Weekplan which did move the date in GCal, but still it is a task, not an event. 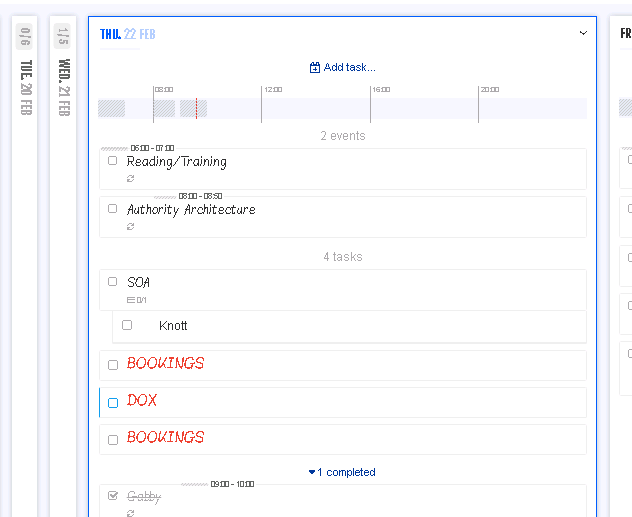 Maybe there is something I can do in GCal setting that will stop this from happening. 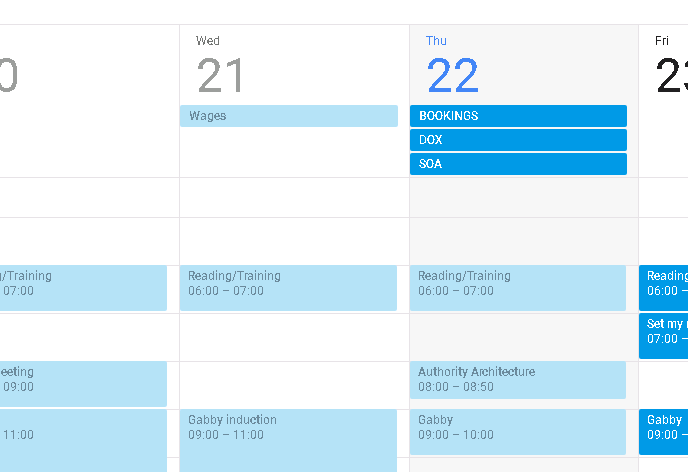 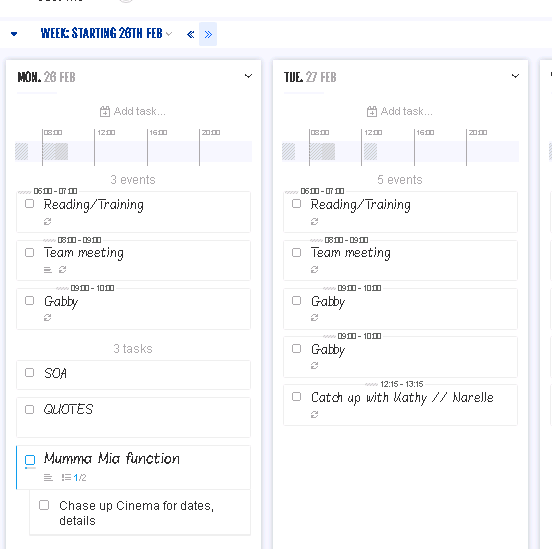 Interesting I have changed Task on 26FEB18 - Priority - so red in my Weekplan and now it has moved as an ALL DAY EVENT in my GCalendar
....but the QUOTES task has not moved to my GCal 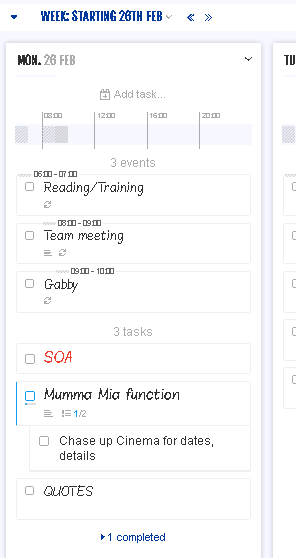 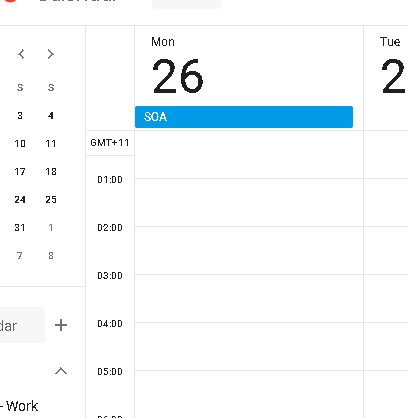 0
narelle via email 2 years ago
More queer things are happening today......
I had a task in my PARKED FOLDER - MARKETING AND GROUPS - which is no longer valid...the item.. I ticked it as complete (I suppose I could have deleted it but didn't) so now it has gone into today's Weekplan date at timed task and  also added to my GCal - as another all day event.
Scenic function 13FEB was in my Groups and Marketing Parked folder - so I ticked because that didn't happen and now it is in my today's timed task/event and in Google.
Maybe it is best I un-sync to GCal but that defeats the whole purpose of using the program.
I will give it another day and then I will have to do that to be sure I have my calendar open for appointments. 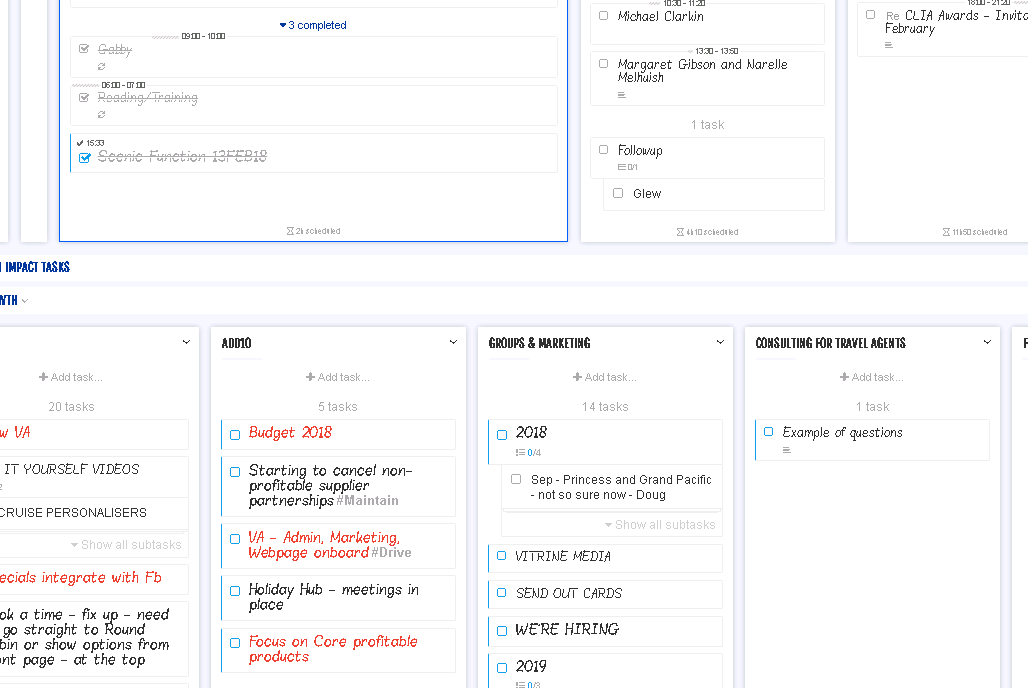 0
narelle via email 2 years ago
​After all that.....maybe I just have to change Synchronisation to PULL only which I have now done.
That was all a little double dutch me but I think I have figured it out and hoping everything gets back into order for me now.
Thanks for your assistance.

We are glad to hear that you are able to sort the events in your calendar. :)

A update has been recently released and the reported issues related to Google Calendar synchronisation has been resolved.

For additional information, you can pull multiple calendars in WeekPlan and select one to push the events / tasks in a Google or Outlook Calendar.

If you enable setting  "Push edited tasks from other calendars (Google / Outlook Calendar Synchronization)" in Workspace Settings page, all the events/tasks from pulled calendar when edited in WeekPlan will go to pushed calendar.

Please feel free to reach out again if you need assistance with the app.

Have a great day!