My tasks are being converted to their role. As in: I create a task saying "write review" and give it the role of manager. I come back later to find the task is now "manager" and "write review" is gone completely. This has happened at least 10 times now. It's very frustrating to know there should be a task there and have no idea what the task is. Refresh/bringing up on another computer/etc does not fix. This has only happened to me starting a month or so ago.

0
Under review
Aymeric (Founder) 4 years ago

Mmm, there is definitely some issue somewhere.

1. Do you use Google Calendar synchronization?

2. Do you use any Zapier integration with WeekPlan?

3. Can you reproduce this issue every time?

Another question: have you been editing your roles lately?

Hi, I've been having the same issue several times (but it seems random ; I can't reproduce it). The answer to the other 2 questions above is no. I'm on the free version of Weekplan. I hope this gets fixed.

I have enabled some additional logging against your accounts. If you could let me know when it happens against (with a time + timezone), it will help me figure out what it going on.

Oh no it happened again ;-) ! 2 of my entries for Tuesday 05 Jan have been overwritten by their roles (or topic in my logic). I can't post any printscreens here, but they mention "Pure fun" and "Adventure/trips"... Now if only I get to remember what I wrote there originally... Hope this helps.. Can't remember anything out of the ordinary when I made these entries. Merci d'avance, Joke

I've seen the same thing happen. Here are two action numbers that it has effected within the last day or so.

The big issue with this is that there is no record of what the task was previously titled. So that task is effectively lost, which really kills the idea of having a trusted system for storing your open loops (GTD, David Allen).

Yes I just can't find where the issue comes from. Did you do some actions before the title changed or did you open weekplan and the task was there with the invalid title?

I think I will have to implement some audit on the tasks to see what is going on. Only few users are affected, but I can't find what you have in common.

I wish I had more info but it just sneaks up on me and I don't notice until I'm scanning the todo list for the day.

I typically leave my Weekplan window open indefinitely. I can't remember the last time I modified roles. Added a new role maybe 4 weeks ago. No Zapier. I do use Google Calendar but I'm not sure how that is integrated - it's been a while. I've been seeing the 405 errors for the last 3 or 4 weeks but they happen much more regularly than this issue with the task title.

I was hoping the action IDs might give you some historical data to debug with. Sorry I don't have more. Can you find out when action 8141725 was last updated? I have deliberately not opened that task since it changed hoping to preserve any debug clues.

Thanks for looking in to this.

Hi Aymeric, I just had it happen again and thought I'd mention it here in case it helps tracking the event down. I think the task that changed may have been created today (action_8313549) and I think the old title used to read "Send email to...". Now it reads "Sales" as that is the Role that it was in.

The only things I've really done today is switched Workspaces a few times to add a task and then switch back. I've also dragged some tasks to days later in the week. I may have dragged a task back a day and checked it off. Everything else has been completing tasks and adding tasks in the Just Me workspace.

I think this also refers to the same bug: http://support.weekplan.net/topic/1027168-tasks-name-and-list-are-changed-randomly/

Aymeric, I think I just found a a few clues! I was flipping through my tasks on the Weekplan iPhone app and noticed another task that had been changed (action_8329125). I immediately checked Weekplan on my desktop and it was still set to the old/correct content. I thought it was setting tasks to the current role but it looks like it sets the role to a random role and replaces the title with the name of the new role.

So I took screenshots of before and after (just in case) and I also copied the before/after contents of the li tag for this task. It shows the title change and some odd but minor juggling of the username in the gravatar image. What surprised me was that the role number was the same before and after! They both showed the new random role (role_747352). I would have expected the role to initially be Treasurer (role_747349) which was the task's role when it was created.

Is it possible that this is coming from the iPhone app?

Would it help to put some code in place where the task gets saved and test to see if the task name is the same as the role name and if so log it or notify? Or maybe it would be better to add a trace to the database to track when and where this might be happening (again filtering on equal task and role names). Just some thoughts.

Hope this helps some. Let me know if you want the html from these before and after li tags. I can email them to you.

Awesome! It is possible that it comes from the iphone app. I will contact the iphone developer.

Unfortunately, I don't use the iPhone app. I have turned off Google Calendar sync and have been using the program minimally while this persists so I don't have anything new to report.

Thanks all. We are adding more logging to figure out what is going here.

This just happened again. This time it was right in front of me. Here is what happened:

1. changed the workspace to create a new task.

2. typed in the task name and set the role (Sales), marked as Important and submitted

4. within a second or so a generic error popped up asking me to reload or cancel - clicked Cancel

5. noticed that the color of the new task changed (green for Marketing role) but the task name was correct - also noted that there were two identical gravitar icons on the task

6. double-clicked on the task to look at the details

7. before the details window opened, task name in the list changed to Marketing (one of my roles)

9. noted that the name was now incorrect (now "Marketing") but the role was still correct - also there were now three identical gravitar icons in the Participants section

10. took a screenshot, closed the details window (by clicking on the X - versus escape key)

11. noticed that the task item in the list now had three gravitar icons but changed to one icon immediately

12. double-clicked the task and found the role was still set to Sales, closed

Let me know if you'd like the screenshot posted.

Thanks for this report, I am going to look into this myself this morning.

I used the buttons.

It seems all tasks converted to roles come from a bit of code that only the iphone app should be using.

Scott, can you please confirm you have never used the iphone app?

Sorry my statement is wrong. They don't all come from the iphone app.

I have never used the app.

3. Add a role with any specific color.

4. Added task has converted to role and marked in the same color which was selected for the role. 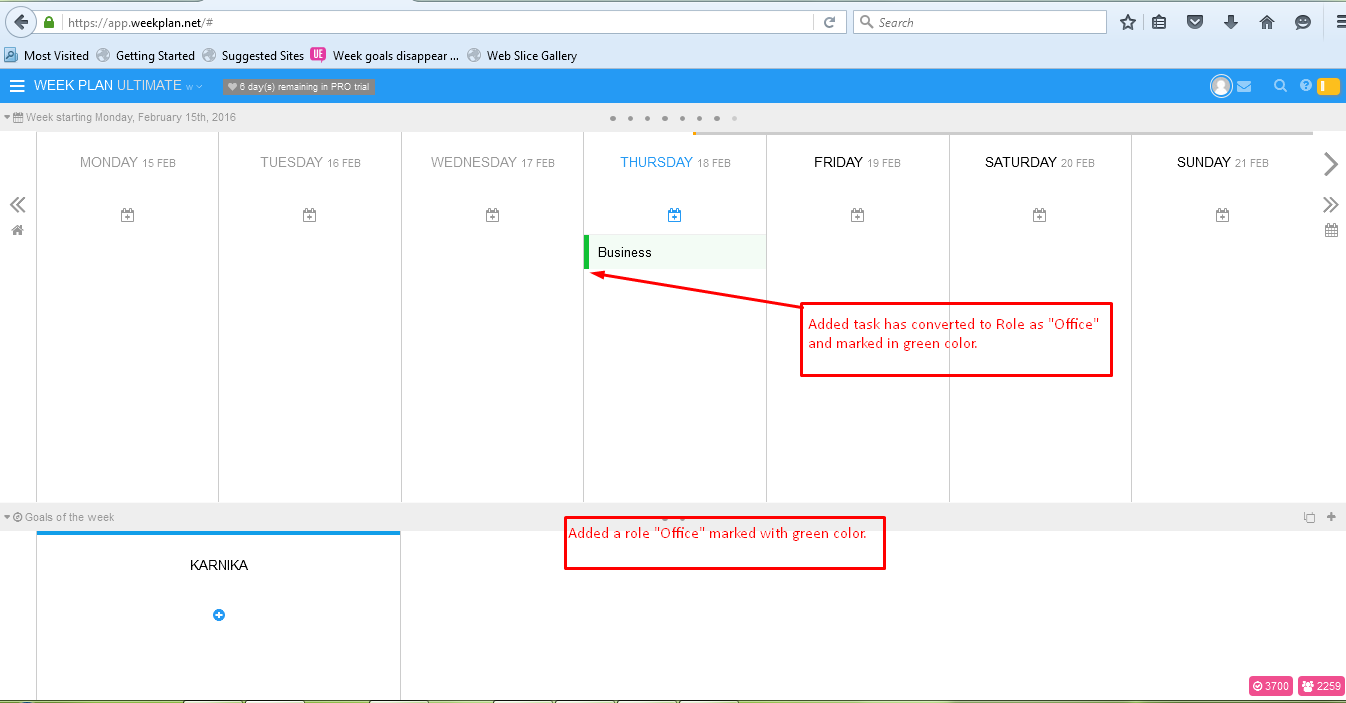 5. Popup message displays to reload or to cancel the page. 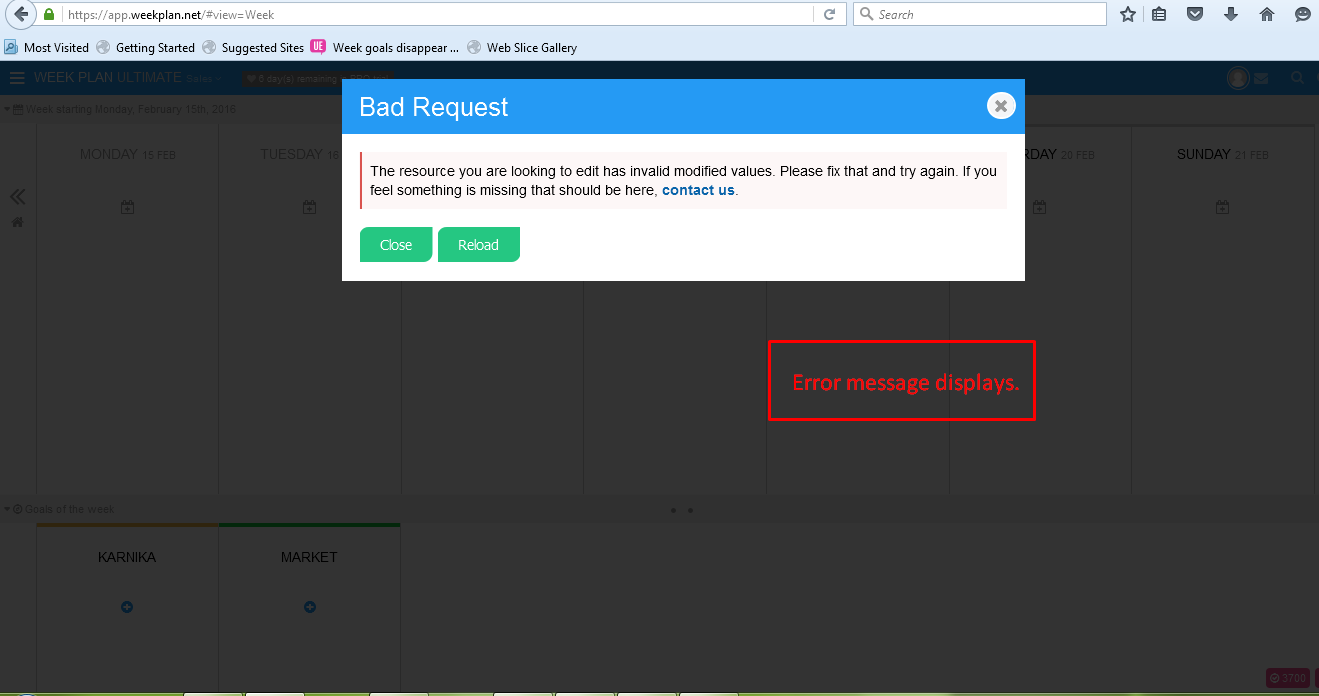 I still cannot reproduce this issue. Could you please take a video of you reproducing this bug?

0
Not a bug
Ana Loraine 2 years ago

We have not received your feedback in a while. We will be closing this ticket temporarily. Please feel free to reach out if you are still having the same issue. We'll be more than happy to assist you.